Lysistrata is a heroine of Aristophanes comedy, who proclaims a sex strike against the war between Athens and Sparta. “So fine, it means just this, Greece saved by the women! Our country’s fortunes depend on us…” says Lysistrata standing in front of the Acropolis, calling for a strike for peace through abandonment of sexual relations with men. According to the plot of the ancient Greek play, men finally put their weapons away. The world returns to peace and love.
In her work Nina Murashkina tells stories about women, developing themes of corporeality, flirt, love and cruelty, love and violence. She often uses self portraits surrounded by personal reflection and experience. Speaking about the intonation of her work, Murashkina observes the important role of irony in conjunction with the aesthetics. She recalls the Grayson Perry’s take on the difficulty of balance when making decorative art, with the need to be professional while avoiding creating novelty objects.
In addition to the paintings, “Lysistrata” includes compositions of black silhouettes. Knife cutouts, they add a touch of primitive and folk art to the project. Like graphic drawings on the walls of caves or shadows near the fire, the silhouettes are reminiscent of a separate reality which is made up, but carries a huge mythological impulse. The distance between Plato’s proverbial cave contemporary media that create an alternative reality is narrowing, the boundary between the artistic and the real, blurring. This, in particular, is evidenced by quite real sexual strikes of the 21 century. This is what the Murashkina’s “Lysistrata” tells: women who stop military campaigns, once imagined by Aristophanes, today accomplish their feats in real life.
Curatorial text by Borys Filonenko. 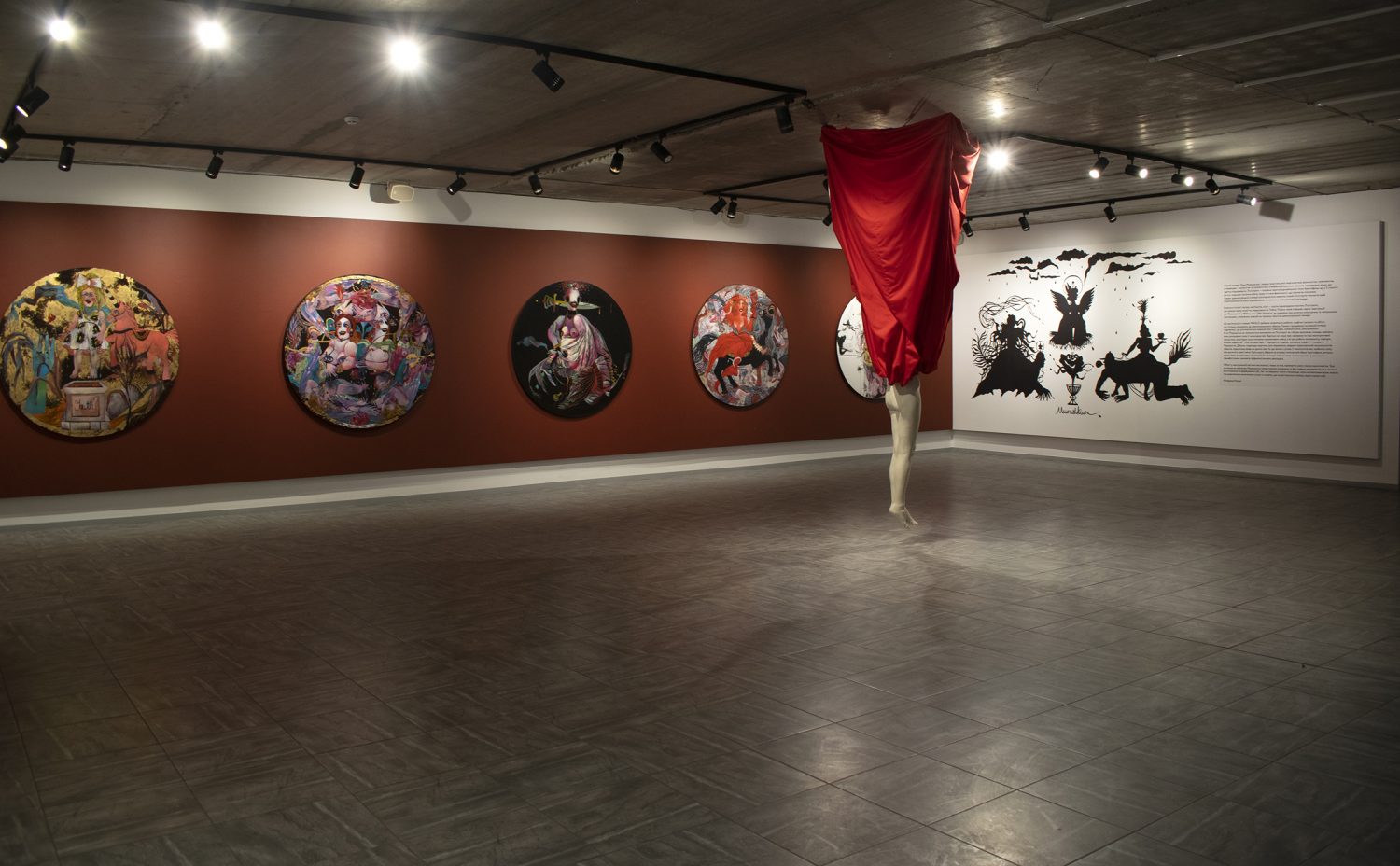 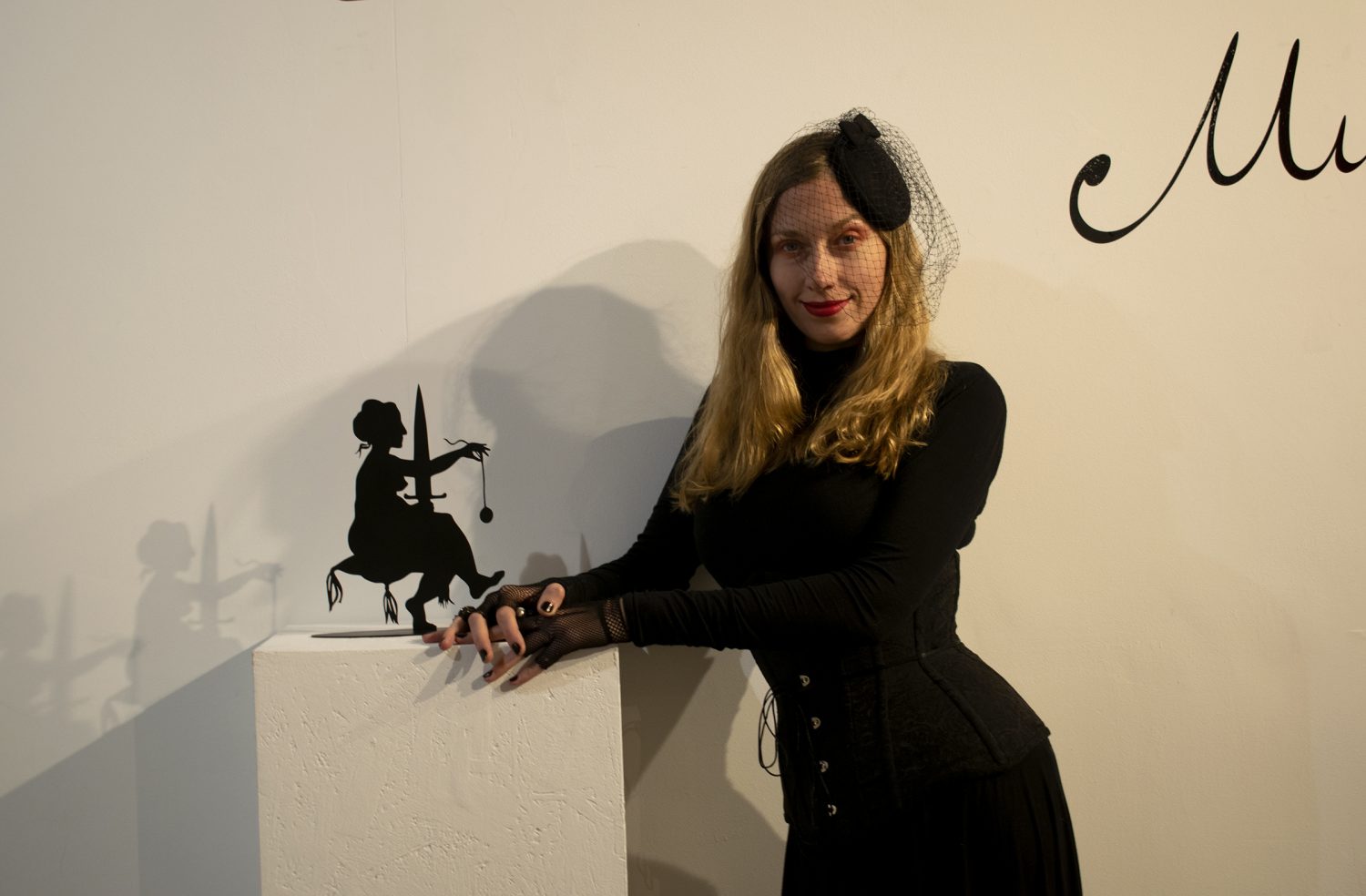 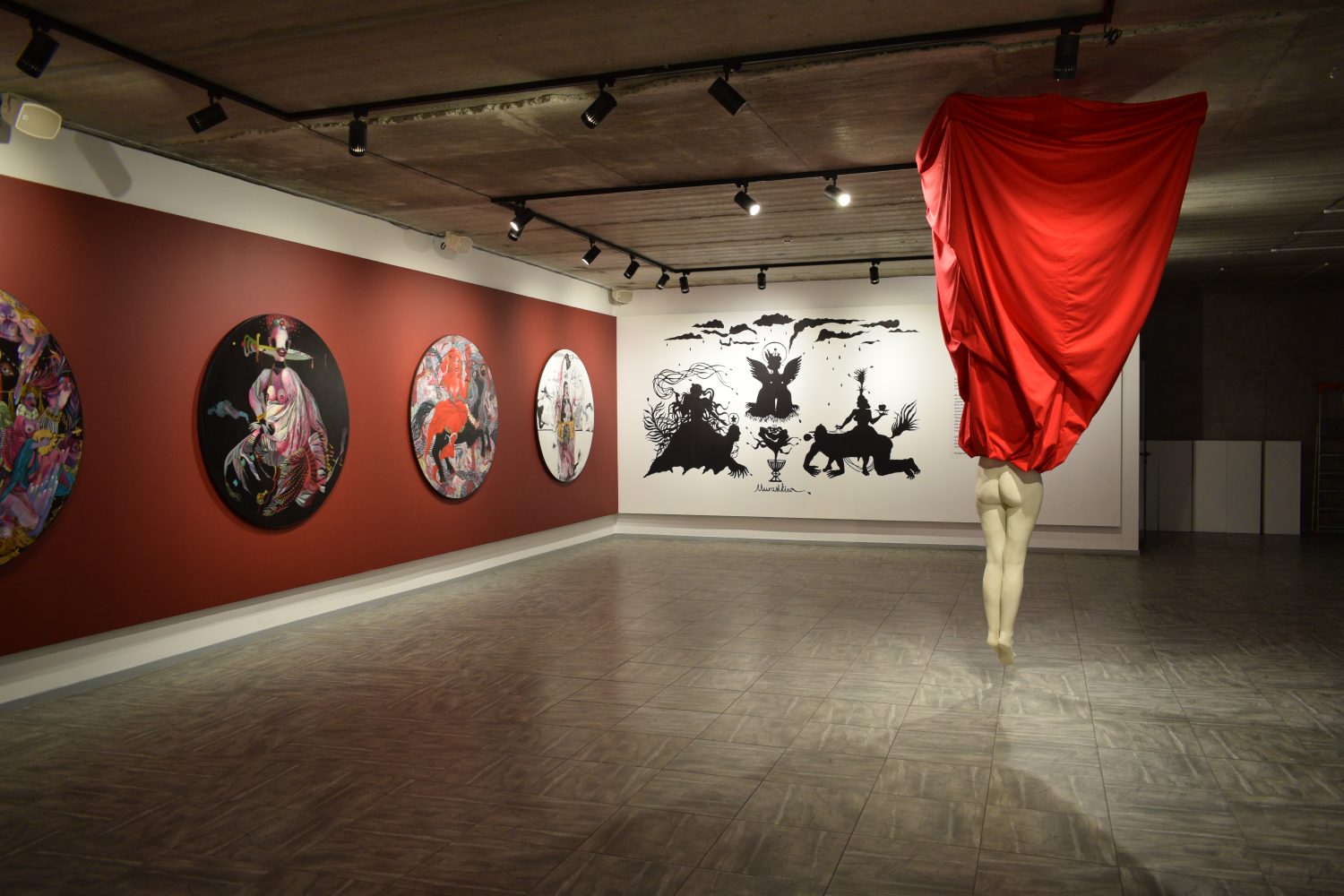